Chief Tim M. Schwartzkopf started his career as a Police Officer with the City of Prairie Village in 1994. He was promoted to the rank of Corporal in 1997, Sergeant in 2002, Captain in 2005, and was appointed Chief of Police in 2015. During his career, he has served as a School Resource Officer, SIU Supervisor, and Shift Supervisor. As a Division Commander, he has managed the Staff Services, Patrol, and Investigations Divisions.

Chief Schwartzkopf holds a Master's Degree in Public Administration and a Bachelors Degree from the University of Kansas. He is a graduate of the 200th Session of Northwestern University’s School of Police Staff and Command and the 238th Session of the FBI’s National Academy. He is a member of the International Association of Chiefs of Police and the FBI’s National Academy Associates. 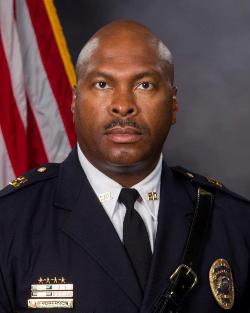 Major Roberson graduated from Jackson State University, Jackson, Mississippi, with a Bachelors in Criminal Justice. He obtained a Masters Degree in the Administration of Justice from the University of Central Missouri in 2004. He is also a 2011 graduate of the Northwestern School of Staff and Command. Major Roberson is currently the Commander of the Prairie Village Critical Incident Response Team (CIRT). 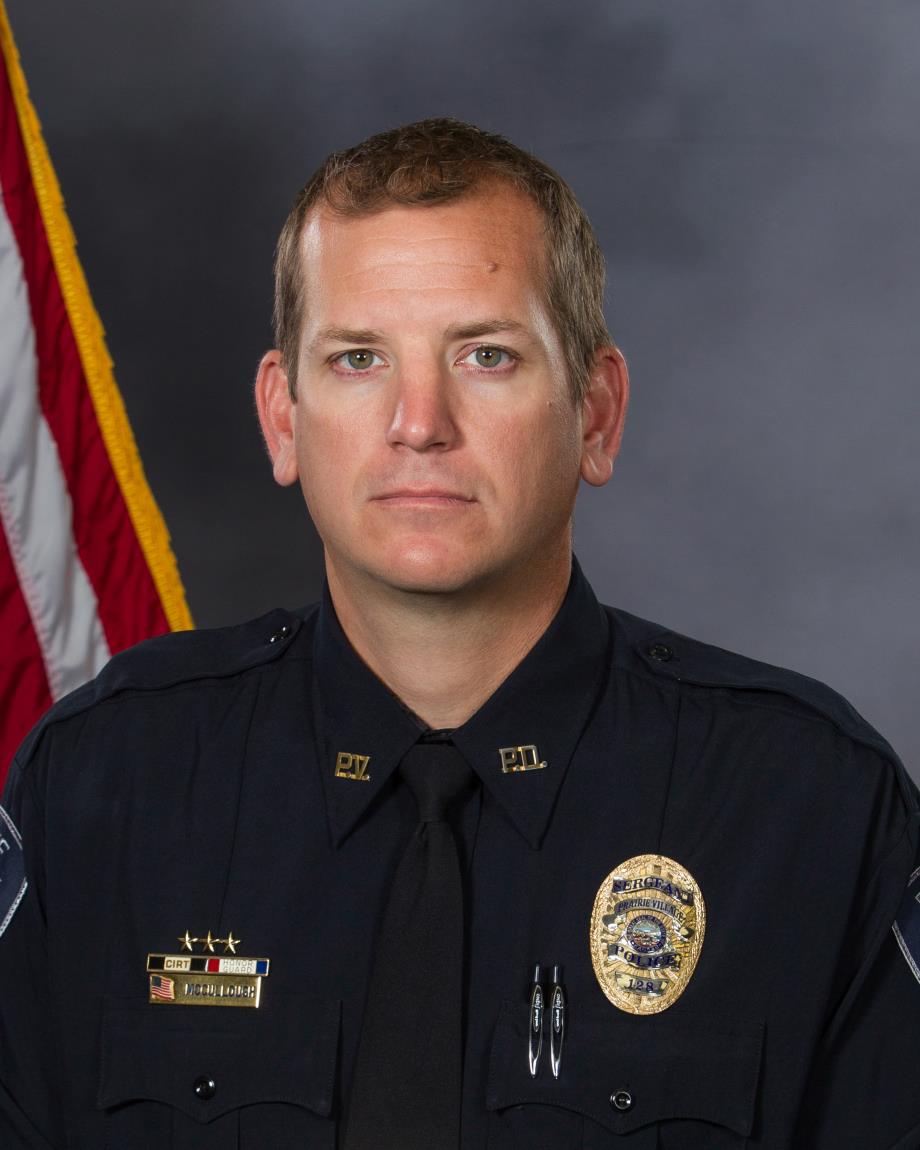 Captain Eric McCullough is the Staff Services Division Commander, overseeing the Department's Communications, Records, Professional Standards, Property and Evidence, and Police Technical Operations Units.  He is a graduate of Truman State University with a Bachelor’s degree in Exercise Science and a Minor in Biology.  Captain McCullough is a 2018 graduate of the Northwestern University School of Police Staff and Command.

Captain McCullough began his career as a Prairie Village police officer in January 2003.  He has served as a Field Training Officer, Detective, and was promoted to the rank of corporal in 2008 to the Patrol Division.  In 2012, he was transferred to the Investigations Unit and was the supervisor for the Special Investigations Unit, where he conducted undercover narcotics investigations, until being promoted to Patrol sergeant in 2015.  In 2017, he was transferred to the Traffic Unit as the Traffic Unit Supervisor.  Captain McCullough has also been a member of the Critical Incident Response Team (CIRT) from 2007 to 2020 and was the team leader from 2018-2020.  He was promoted to captain in 2020. 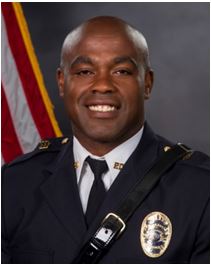 Captain Ivan Washington is the Investigations Division Commander, managing the Department's Detectives, School Resource Officers and D.A.R.E program.  He is a graduate of Mississippi Valley State University with a Bachelors in Criminal Justice.  Captain Washington is also a 2015 graduate of the Northwestern School of Staff and Command.

Captain Washington began his career as a Prairie Village police officer in January 2002.   He has served as a Field Training Officer, School Resource Officer and was promoted to Corporal in June 2006.  He was later transferred and tasked with supervising the Special Investigations Unit were he conducted undercover narcotics investigations before being promoted to Sergeant in October 2012.  As a Sergeant, he served as the Traffic Unit Supervisor and later in Patrol Operations.  Captain Washington is currently the Department's Police Pension Board Trustee and oversees the Department's Peer Support Team.