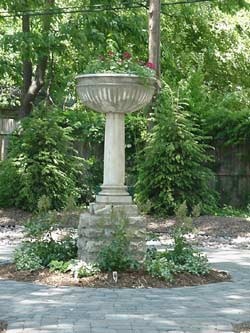 ...the City of Prairie Village was originally the vision of the late J.C. Nichols

After the successful development of the Country Club Plaza area in Kansas City, Missouri, Mr. Nichols turned his company's direction and development toward his native Johnson County, Kansas, just a few miles from the Plaza.

He had visions of transforming the rolling hills into a well-planned community of beautiful homes and neighborhood shopping centers.

Construction in Prairie Village started in 1941 and by 1949 Mr. Nichols's dream became a reality when the City was named the best planned community in America by the National Association of Home Builders.

Prairie Village is one of twenty cities in Johnson County and is the sixth largest in population with a residential population of approximately 21,700 within its 6.7 square mile city limits. Prairie Village is completely surrounded by other cities, sharing its eastern border, State Line Road, with Kansas City, Missouri.

Prairie Village: Our Story is a 50th Anniversary book celebrating the history of Prairie Village. Get your own copy! Read more about it.

Read more about the City's History in a 1976 publication entitled Reflections - A History of Prairie Village.