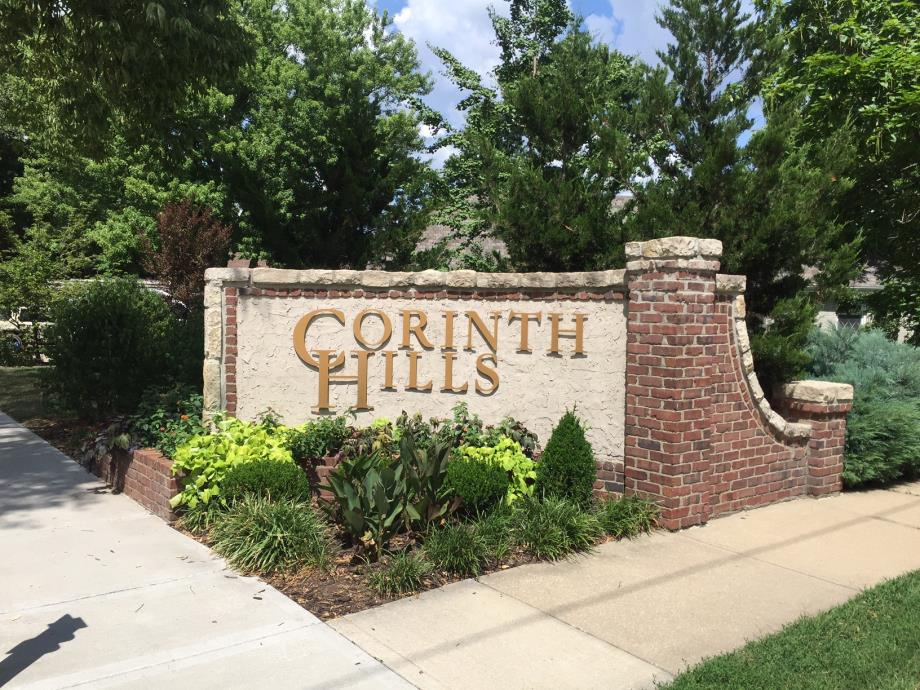 The land that would become Corinth Hills was part of frontier history and involved some well known Kansas City figures. Records show that the property was first owned by Alexander Majors, a frontier businessman who was a partner in the Russell, Majors and Waddel freight company, which carried goods along the Santa Fe and Oregon trails. Majors was later connected with the Overland Stage and was part-owner of the famed Pony Express. The Santa Fe, Oregon, and California trails that went through Harmon Park, also traversed part of what is now Corinth Hills from 1840 to 1880. In 1921, Herbert Woolf, a prominent resident of Kansas City, and president of the Woolf Brothers clothing business bought part of the land, west to modern day Roe Avenue and called it Woolford Farm. On that farm, the legendary horse, Lawrin, was raised and won the 64th running of the Kentucky Derby in 1938.

The Corinth Hills Homes Association was formed in 1958 to provide homeowners, within the specific boundaries of our neighborhood, an organization to work toward the maintenance of the standards and services needed to keep Corinth Hills the attractive and desirable community it was so carefully planned to be. Corinth Hills neighborhood boundaries are generally 79th Street (north); 83rd Street (south); El Monte to Somerset (east); Nall to 81st St. and Briar to 83rd St. (west).

For additional information on Corinth Hills, please go to our website at: www.ha-kc.org. Select "Kansas Associations" then "Corinth Hills."